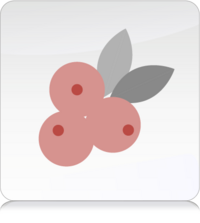 The use of polyphenol-rich fruit extracts or isolated polyphenols to alleviate obesity-linked diseases has been demonstrated in humans and in animal models, but the mechanisms of action are not yet fully elucidated. Anhê and colleagues investigated the potential of a polyphenol-rich cranberry extract (CE) to reverse an already established obesity, insulin resistance, and non-alcoholic fatty liver disease (NAFLD) in mice. They demonstrate that CE polyphenols strongly improve liver homeostasis. This was associated with improvements in glucose tolerance and full restoration of insulin sensitivity despite the maintenance of obesity. Their data also put forward potential microbial contributors to the effect of CE.

Objective: Previous studies have reported that polyphenol-rich extracts from various sources can prevent obesity and associated gastro-hepatic and metabolic disorders in diet-induced obese (DIO) mice. However, whether such extracts can reverse obesity-linked metabolic alterations remains unknown. In the present study, we aimed to investigate the potential of a polyphenol-rich extract from cranberry (CE) to reverse obesity and associated metabolic disorders in DIO-mice.

Methods: Mice were pre-fed either a Chow or a High Fat-High Sucrose (HFHS) diet for 13 weeks to induce obesity and then treated either with CE (200 mg/kg, Chow + CE, HFHS + CE) or vehicle (Chow, HFHS) for 8 additional weeks.

Results: CE did not reverse weight gain or fat mass accretion in Chow- or HFHS-fed mice. However, HFHS + CE fully reversed hepatic steatosis and this was linked to upregulation of genes involved in lipid catabolism (e.g., PPARα) and downregulation of several pro-inflammatory genes (eg, COX2, TNFα) in the liver. These findings were associated with improved glucose tolerance and normalization of insulin sensitivity in HFHS + CE mice. The gut microbiota of HFHS + CE mice was characterized by lower Firmicutes to Bacteroidetes ratio and a drastic expansion of Akkermansia muciniphila and, to a lesser extent, of Barnesiella spp, as compared to HFHS controls.

Conclusions: Taken together, our findings demonstrate that CE, without impacting body weight or adiposity, can fully reverse HFHS diet-induced insulin resistance and hepatic steatosis while triggering A. muciniphila blooming in the gut microbiota, thus underscoring the gut-liver axis as a primary target of cranberry polyphenols.