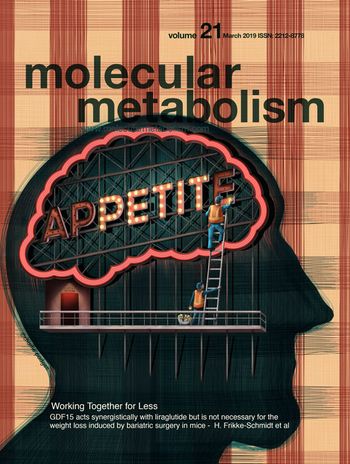 Growth Differentiation Factor 15 (GDF15) analogues hold great promise as pharmacological treatments for obesity as GDF15 decreases food intake by acting on distinct centers in the hindbrain involved in appetite control. However, little is known about the biology of this system that was first identified as a mediator of cancer anorexia and only recently was the receptor, GDNF Family Receptor Alpha Like (GFRAL), identified.

In the present study, Frikke-Schmidt et al. wanted to determine whether other anorexic treatments currently used for anti-obesity therapy might act via the GDF15/GFRAL system. One such treatment is bariatric surgery. Bariatric procedures such as vertical sleeve gastrectomy (VSG) cause profound weight loss primarily as a result of reduced food intake. In addition to bariatric surgery, long acting agonists of the receptor for the gut hormone glucagon-like peptide-1 (GLP-1), for example liraglutide, also produce significant weight loss. The authors found that the GDF15/GFRAL system is not critical to the effects of VSG or GLP-1R agonists. This indicates that future therapies targeting the GDF15/GFRAL system might complement current therapeutic options.