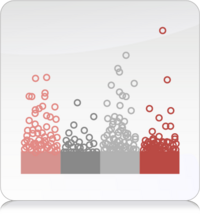 Genome-wide association studies (GWAS) meta-analyses have revealed more than 200 loci associated with type 2 diabetes (T2D). Combining GWAS with expression data to produce expression quantitative trait loci (eQTLs) has become a powerful tool to shed light into the causative mechanisms of these genetic associations. Khamis, Canouil, and colleagues tested a total of 203 islet samples from European subjects with and without diabetes and provide a catalogue of cis-eQTLs associated with T2D.

Results: After applying genome-wide false discovery rate significance thresholds, we identified 1,173 and 1,021 eQTLs in samples of OD and PPP, respectively. Among the strongest eQTLs shared between OD and PPP were CHURC1 (OD p-value=1.71 × 10-24; PPP p-value = 3.64 × 10–24) and PSPH (OD p-value = 3.92 × 10−26; PPP p-value = 3.64 × 10−24). We identified eQTLs in linkage-disequilibrium with GWAS loci T2D and associated traits, including TTLL6, MLX and KIF9 loci, which do not implicate the nearest gene. We found in the PPP datasets 11 eQTL genes, which were differentially expressed in T2D and two genes (CYP4V2 and TSEN2) associated with HbA1c but none in the OD samples.

Conclusions: eQTL analysis of LCM islets from PPP led us to identify novel genes which had not been previously linked to islet biology and T2D. The understanding gained from eQTL approaches, especially using surgical samples of living patients, provides a more accurate 3-dimensional representation than those from genetic studies alone.