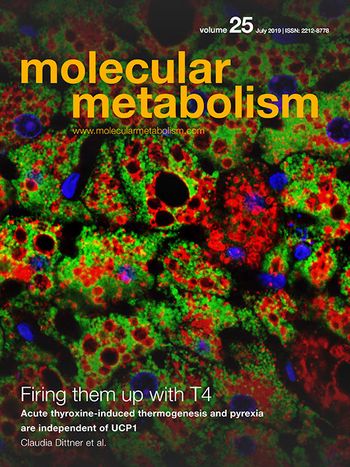 To test this hypothesis, Dittner et al. examined thyroid thermogenesis induced by peripherally administered thyroxine in wild-type mice as compared to mice devoid of UCP1 (UCP1 KO mice). The investigations were performed at thermoneutrality to avoid activation of brown adipose tissue by cold stress and to better approach human conditions. The authors found that thyroid thermogenesis was practically independent of the presence of UCP1. Also, the increase in body temperature was UCP1-independent; this elevated body temperature was not hyperthermia but was due to a thyroid hormone-induced increase in the defended body temperature: pyrexia.