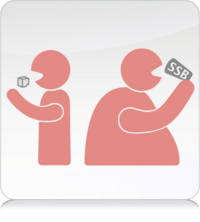 The causes for the current obesity epidemic are unclear. One possible risk factor is a high consumption of sucrose, which may be in the form of sugar-sweetened beverages (SSB). Togo and colleagues studied the impact of high sugar diets with different forms of delivery: solid, pelleted sucrose or sucrose dissolved in the drinking water. They found that liquid sucrose exposure contributed to higher energy consumption leading to greater body weight and body fat. Mice exposed to equivalent levels of sucrose in the solid diet were leaner and metabolically healthier than their counterparts exposed to liquid sucrose. These results strongly suggest that the consumption of SSB is an important factor that can lead to obesity and metabolic disease.

Objective: Although it is widely accepted that obesity results from an imbalance of energy intake and expenditure, the mechanisms underlying this process and effective strategies for prevention and treatment are unclear. Growing evidence suggests excess consumption of sugar may play an important role, yet we showed previously in mice that consuming up to 30% of calories as sucrose in the diet had no impact on weight regulation. Since in humans consumption of sugar-sweetened beverages has been widely implicated, we investigated whether the mode of ingestion (solid or liquid) had different impacts on body weight regulation and glucose homeostasis.

Methods: Dietary sucrose was delivered in solid (as part of a standard pelleted rodent chow) and liquid (in drinking water) to C57BL/6 mice for 8 weeks. Body weight, body composition, energy intake and expenditure were monitored, as well as glucose and insulin tolerance tests. Expression of sweet taste receptors on the tongue, and glycogen and fat contents of the liver were also measured.

Results: Consumption of sucrose-sweetened water, but not equivalent levels of solid sucrose, led to body fat gain in C57BL/6 mice. Glucose intolerance was positively correlated to body fatness, rather than sucrose intake.

Conclusions: Our data support the suggestion that consumption of liquid sucrose may be an important contributor to dysregulation of body weight and related metabolic syndromes.