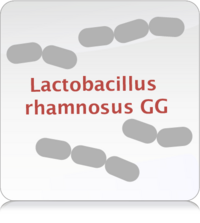 Results: FGF21 expression was robustly increased after 5-weeks of feeding and significantly decreased after 12-weeks of feeding in fructose-induced NAFLD mice. LGG administration reversed the depressed FGF21 expression, increased adipose production of ADPN, and reduced hepatic fat accumulation and inflammation in the WT mice but not in the KO mice. Hepatic nuclear carbohydrate responsive-element binding protein (ChREBP) was increased by fructose and reduced by LGG, resulting in a reduction in the expression of lipogenic genes. The methylated form of protein phosphatase 2A (PP2A) C, which dephosphorylates and activates ChREBP, was upregulated by fructose and normalized by LGG. Leucine carboxyl methyltransferase-1, which methylates PP2AC, was also increased by fructose and decreased by LGG. However, those beneficial effects of LGG were blunted in the KO mice. Hepatic dihydrosphingosine-1-phosphate, which inhibits PP2A, was markedly increased by LGG in the WT mice but attenuated in the KO mice. LGG decreased adipose hypertrophy and increased serum levels of ADPN, which regulates sphingosine metabolism. This beneficial effect was decreased in the KO mice.