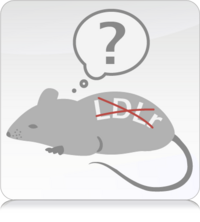 Hypercholesterolemia, especially in its inherited form, is an important risk factor for the development of neurodegenerative diseases. Familial hypercholesterolemia (FH) is caused by genetic abnormalities predominantly in the low-density lipoprotein (LDL) receptor (LDLr) gene, resulting in an ineffective metabolism of LDL particles. However, it remains unclear whether the chronic exposure to high circulating cholesterol levels or the dysfunction of the LDLr as such contributes to the altered central nervous system function. Engel and colleagues explored if adult hippocampal neurogenesis might be involved in cognitive dysfunction associated with FH and found that that impairment in hippocampal neurogenesis might contribute to the behavioral phenotype in LDLr-/- mice.

Objective: In familial hypercholesterolemia (FH), mutations in the low-density lipoprotein (LDL) receptor (LDLr) gene result in increased plasma LDL cholesterol. Clinical and preclinical studies have revealed an association between FH and hippocampus-related memory and mood impairment. We here asked whether hippocampal pathology in FH might be a consequence of compromised adult hippocampal neurogenesis.

Methods: We evaluated hippocampus-dependent behavior and neurogenesis in adult C57BL/6JRj and LDLr−/− mice. We investigated the effects of elevated cholesterol and the function of LDLr in neural precursor cells (NPC) isolated from adult C57BL/6JRj mice in vitro.

Conclusions: Together, these results suggest that high LDL levels and a loss of LDLr function, which are characteristic to individuals with FH, might contribute to a disease-related impairment in adult hippocampal neurogenesis and, consequently, cognitive functions.