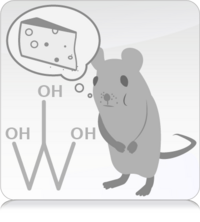 During fasting, the major glucose source switches to gluconeogenesis (GNG) which produces glucose from small metabolites such as lactate, glycerol and amino acids. It is believed that lactate is the major substrate contributing to GNG. However, lactate is largely generated from glucose and resynthesized to glucose, making lactate the largest direct contributor to glucose carbon but not necessarily a good source for new carbon entering GNG. Wang et al. fasted mice for 6, 12, and 18 hours to study the relative contribution of different GNG substrates. They demonstrate that lactate is the dominant direct contributor but a minor overall net carbon contributor to GNG. Instead, glycerol is the dominant net carbon source for GNG during short and prolonged fasting.

Objective: Fasting results in major metabolic changes including a switch from glycogenolysis to gluconeogenesis to maintain glucose homeostasis. However, the relationship between the length of fasting and the relative contribution of gluconeogenic substrates remains unclear. We investigated the relative contribution of glycogen, lactate, and glycerol in glucose production of male C57BL/6 J-albino mice after 6, 12, and 18 h of fasting.

Results: During infusion studies, both lactate and glycerol significantly label about 60% and 30–50% glucose carbon, respectively, but glucose labels much more lactate (∼90%) than glycerol carbon (∼10%). Our analyses indicate that lactate, but not glycerol is largely recycled during all fasting periods such that lactate is the largest direct contributor to GNG via the Cori cycle but a minor source of new glucose carbon (overall contribution). In contrast, glycerol is not only a significant direct contributor to GNG but also the largest overall contributor to GNG regardless of fasting length. Prolonged fasting decreases both the whole body turnover rate of glucose and lactate but increases that of glycerol, indicating that the usage of glycerol in GNG become more significant with longer fasting.

Conclusions: Collectively, these findings suggest that glycerol is the dominant overall contributor of net glucose carbon in GNG during both short and prolonged fasting.