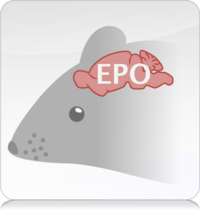 Although erythropoietin (EPO) is a glycoprotein hormone that is essential for erythropoiesis, it has been shown to influence nonhematopoietic tissues and may impact body weight and glucose control. Apart from its peripheral production and actions, limited evidence exists showing that EPO or its receptor (EpoR) could be detected in the brain. Wang et al. observed that the hypothalamus is a key site for the production and action of neural EPO. They also found that brain EPO decreases with aging and dietary obesity. Hypothalamic EPO treatment in aging or obesity offered benefits in muscle protection as well as in metabolic protection against energy and glucose imbalance.

Objective: The glycoprotein hormone erythropoietin (EPO) is required for erythropoiesis, and the kidney is the primary site of adult EPO synthesis. Limited evidence has suggested that EPO could be detectable in the brain under certain conditions, but it remains unknown if the brain might have its own EPO system for biological functions that are independent of peripheral EPO production and action. We performed this study to address this question using mice under normal conditions versus pathophysiological conditions including aging and dietary obesity.

Methods: EPO expression was measured in different brain regions as well as in the cerebrospinal fluid. Hypothalamic ventricular EPO was administered to physiologically examine possible therapeutic effects on the conditions of aging and dietary obesity. Body weight, body composition, insulin tolerance, and glucose tolerance were measured to assess the central effects of EPO on metabolic physiology, and muscle strength and histology were analyzed to assess the central effects of EPO on muscle function. In addition, β2-adrenergic receptor knockout bone marrow transplant was employed to determine the potential role of bone marrow in linking the brain to some of these peripheral functions.

Results: This study revealed that EPO is expressed in the ventromedial hypothalamus in addition to a few other brain regions and is present in the cerebrospinal fluid. Unlike blood EPO concentration, which increased with aging and dietary obesity, hypothalamic EPO decreased in these disease conditions. Therapeutically, aged mice were chronically treated with EPO in the hypothalamic ventricle, showing an increase in lean mass, while body weight and fat mass decreased as a result of a moderate reduction of food intake. Both muscle and metabolic functions were improved by this central treatment, and mechanistically, adrenergic signals to the bone marrow played a role in conveying hypothalamic EPO to these peripheral actions. Dietary obesity was also studied, showing that hypothalamic EPO treatment caused a reduction in food intake and obesity, leading to improved metabolic functions related to decreased fat as well as increased lean mass.

Conclusions: Hypothalamic EPO plays a role in the central regulation of muscle and metabolic physiology, while its decline contributes to aging and obesity physiology in a manner that is independent of peripheral EPO.