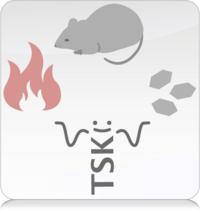 Tsukushi (TSK) is a hepatokine, a factor secreted by the liver that may have effects throughout the body. TSK was suggested to be part of a negative feedback mechanism emerging from the liver to repress thermogenesis in brown adipose tissue (BAT) and reduce energy expenditure. In contrast, Mouchiroud et al. found that TSK-null mice are not protected against the development of obesity and do not show improvement in glucose metabolism. The overexpression of TSK also failed to modulate thermogenesis, body weight, and glucose tolerance. Thus, they conclude that TSK in not a significant regulator of BAT thermogenesis and is unlikely to represent an effective target for preventing obesity and improving glucose homeostasis.

Objective: Hepatokines are proteins secreted by the liver that impact the functions of the liver and various tissues through autocrine, paracrine, and endocrine signaling. Recently, Tsukushi (TSK) was identified as a new hepatokine that is induced by obesity and cold exposure. It was proposed that TSK controls sympathetic innervation and thermogenesis in brown adipose tissue (BAT) and that loss of TSK protects against diet-induced obesity and improves glucose homeostasis. Here we report the impact of deleting and/or overexpressing TSK on BAT thermogenic capacity, body weight regulation, and glucose homeostasis.

Methods: We measured the expression of thermogenic genes and markers of BAT innervation and activation in TSK-null and TSK-overexpressing mice. Body weight, body temperature, and parameters of glucose homeostasis were also assessed in the context of TSK loss and overexpression.

Results: The loss of TSK did not affect the thermogenic activation of BAT. We found that TSK-null mice were not protected against the development of obesity and did not show improvement in glucose tolerance. The overexpression of TSK also failed to modulate thermogenesis, body weight gain, and glucose homeostasis in mice.

Conclusions: TSK is not a significant regulator of BAT thermogenesis and is unlikely to represent an effective target to prevent obesity and improve glucose homeostasis.