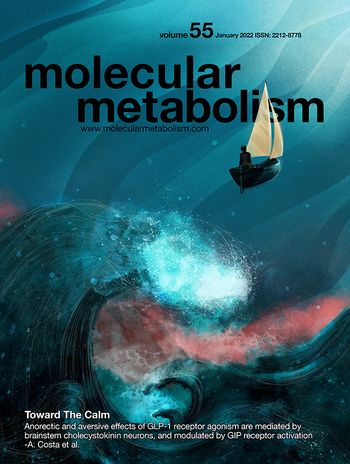 Glucagon-like peptide-1 (GLP-1) and glucose-dependent insulinotropic polypeptide (GIP) are known as incretins, which are released from the gut into the bloodstream postprandially and enhance glucose-dependent insulin secretion via activation of the GLP-1 receptor (GLP-1R) and the GIP receptor (GIPR), respectively. Several GLP-1R agonists (GLP-1RA) with improved pharmacokinetic properties have been developed and are currently in clinical use to treat type 2 diabetes and obesity. In addition to improving glucose metabolism, GLP-1RAs potently suppress appetite and body weight. These anorectic and body weight-lowering effects are thought to be mediated by central mechanisms, as indicated also by human studies. However, the neuronal substrates that mediate these effects are still poorly understood.