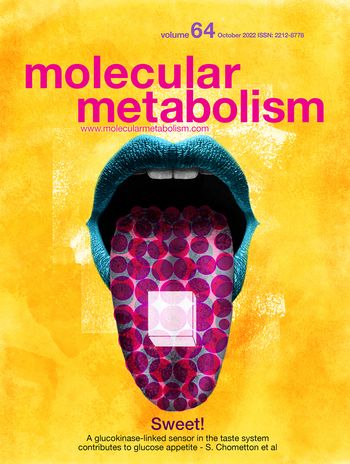 Sensory information arising from the oral cavity is critical for recognizing nutrient sources in the environment and initiating ingestive episodes. Many mammals are hardwired to seek out and preferentially consume dietary glucose. Oral “sweet” taste receptors, which bind all the simple sugars, low-calorie sweeteners and some d-amino acids, play a significant role in transducing the initial sensory events that reinforce sugar consumption and give rise to their rewarding sensations, but they are not necessary to taste glucose, especially under certain dietary conditions. Other leadoff sensors must, therefore, subsidize rapid glucose detection. Glucose-sensing cells exist in every major metabolic organ in the body, and many of these use glucokinase (GCK) as a detector. Unlike other hexokinases, the rate of the catalytic steps by GCK increases as the concentration of its substrate rises, effectively allowing the cell to calibrate its output to extracellular glucose concentration.