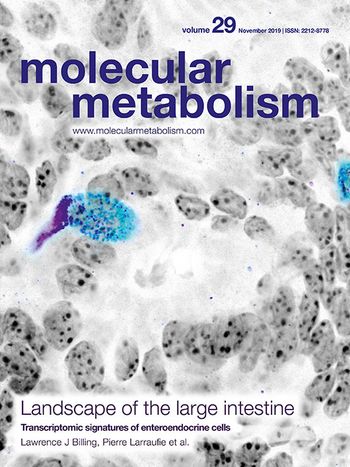 Enteroendocrine cells (EECs) are a rare subset of gastrointestinal epithelial cells that regulate physiological processes including intestinal motility and secretion, glycemia, and appetite. They represent a diverse cellular population, collectively producing more than twenty different hormones. Gut hormone secretion after a meal is dominated by EECs from the small intestine, whereas the physiological role of the large number of EECs in the large intestine is less clear. Subgroups of EECs like the L, K, and enterochromaffin (Ecm) cells seem to overlap in their gene expression profiles.